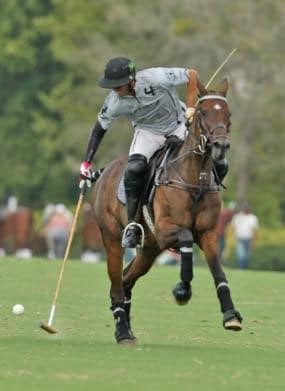 America’s top polo player, Nic Roldan, will be playing in the 6th Annual Bentley Scottsdale Polo Championships on November 5th. Roldan will join The Polo Party as a member of the Aspen Valley Polo Club which is owned by Melissa Ganzi. The team will be defending its title and the Molina Cup in this year’s featured match.

Whether it’s watching Phil Mickelson, Serena Williams, LeBron James or Michael Phelps, watching the best American in any sport is a treat. So don’t miss yours watching Roldan whether you’re sipping Veuve Clicquot in the Barrett-Jackson Champagne & Jazz Lounge or field side tailgating. Get your tickets at ThePoloParty.com.

After playing in his first polo tournament at the age of six, Argentinian-born Roldan turned professional at 15 years old. That same year he went on to play in and win the U.S. Open Polo Championships, becoming the youngest ever polo player to win the U.S. Polo Open. Now the captain of the American Polo Team, Roldan is considered to be the leading American polo player. 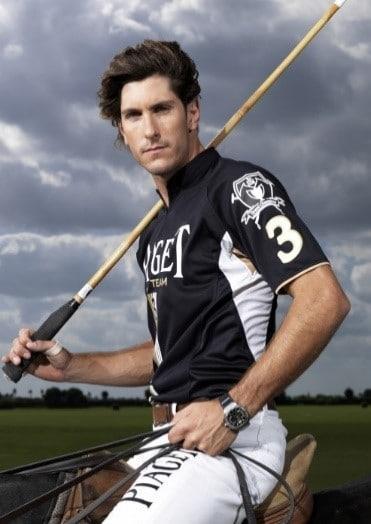 A living legacy, Roldan’s love for polo runs in his blood. His father, grandfather and great grandfather all played polo. Nic has played and won polo matches on 5 continents, including the 2006 Copa Camara de Diputados in Argentina, which he won 80 years after great-grandfather did.

Roldan isn’t just one of the hottest players on the field – he was named one of “Vanity Fair’s 10 Hottest Horsemen”, has modeled for GQ and numerous other fashion editorials. Roldan was named one of Town & Country’s 50 Most Desirable Bachelors and appeared on Keeping Up with the Kardashians to teach them how to play polo. He was also teammates with Prince Harry when he served as captain of their polo team at the 2010 Veuve Clicquot Polo Classic.

Besides polo, Nic Roldan’s philanthropic work is something that is close to his heart. He is an ambassador to the Wellington based Kids Cancer Foundation and Brooke USA, an organization dedicated to improving the lives of working horses, donkeys and mules in some of the world’s poorest communities. Nic recently returned from a week-long trip to Guatemala to see firsthand the work Brooke does. 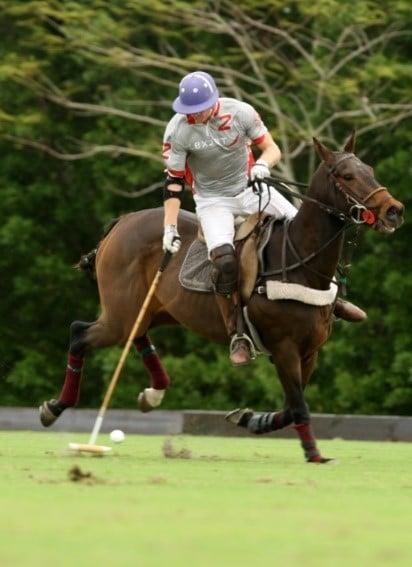 Jason Crowder, who will be playing with Palm Beach Polo on November 5th, is a rising star in the polo world and will be making his first appearance in Scottsdale. A 6-goal player from California, Crowder was first introduced to polo by his father as a child. He began playing in Santa Barbara, but burst into the national scene in 2010. Crowder hen moved to Florida with nothing more than himself and his horses. A gifted rider with an all-in approach to the sport of polo, Crowder has proved himself as a great player and has played polo around the world, including in England, Mexico, Argentina, Australia and the United States.

The chance to see Nic Roldan and Jason Crowder on the field and in their element is one that shouldn’t be passed up! Get your tickets today to the 6th Annual Bentley Scottsdale Polo Championships at ThePoloParty.com to see one of the hottest polo players in America, both on and off the field!

Barrett-Jackson is one of The Bentley Scottsdale Polo Championships’ Signature Sponsors. If you are interested in consigning a car for their January auction visit http://Barrett-Jackson.com.