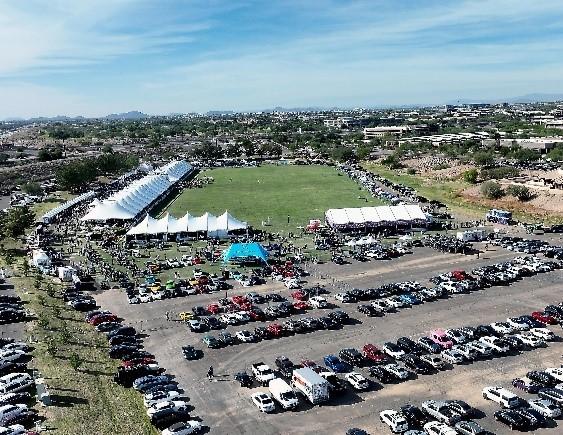 Among the Fan Favorites at This Year’s Scottsdale Polo Party – The Riot House Polo DayClub, The Canine Couture by Lugari Pet Salon and Grimaldi’s Pizza Disco

(SCOTTSDALE, Ariz.) –  On Saturday, November 5th The Bentley Scottsdale Polo Championships: Presented by Talking Stick Resort, wrapped up its 11th year on the polo fields at WestWorld of Scottsdale with a celebratory afternoon that included new polo victories and players, new crowd cheering performances and the return of the fan favorite events.

Some 12,144 fans turned out for the 11th Anniversary that welcomed teams from Arizona, the United Kingdom, Aspen Valley, Palm Beach and El Paso. The four-action packed polo matches entertained crowds throughout the day, as did the Canine Couture Fashion Show by Lugari Pet Salon and The World’s Longest Catwalk Fashion Show Produced by Phoenix Fashion Week. 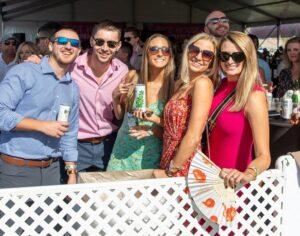 Ticket revenue for the 2022 event was up 12% over the record 2021, as was food and beverage sales. Guests enjoyed new culinary and beverage treats like Harkin’s Theatre’s Prosecco and Popcorn, Grimaldi’s Pizza Disco and Chandon Garden Spritz Garden Party.

“To set yet another ticket revenue record amidst challenging economic conditions showed again the expanse and enthusiasm for this one-of-a-kind event.  We couldn’t be more grateful to the sponsors, fans and players,” said Event Founder and Owner Jason Rose.

“Between the horsepower on and off the field, it was another fantastic afternoon at the Bentley Scottsdale Polo Championships and perhaps our best weather conditions ever for this beautiful event,” said Beli Merdovic, GM of Bentley Scottsdale.  “We couldn’t have asked for a better day to enjoy polo and luxury.”

Among the new attractions for the 2022 event, the return of the Riot House Polo DayClub, The Grimaldi’s Pizza Disco, and retired National Hockey League and Arizona Coyotes Star Shane Doan 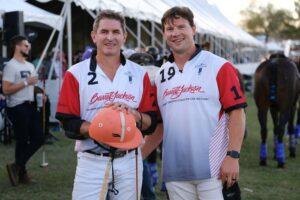 The event featured four great matches with top players including polo legend Nic Roldan as well as Melissa Ganzi and Jason Crowder along with other top players from around the world.

Sponsored by Edmiston, Aspen Valley, the nation’s fastest growing polo club won an unprecedented seventh title Saturday in front of the largest crowd of the day.

“There are very few sports where men and women compete equally but thankfully in polo we get that chance,” said Melissa Ganzi of the Aspen Valley Polo Club.  “It’s always an exciting match.  We love competing at this beautiful event every year and we equally look forward to seeing our friends and family when we travel to Scottsdale every November.”

In other matches, The King Charles III Salute Match pitted the Royal County of Berkshire Polo Club against the Wales Polo Team.  King Charles is a member of both clubs and has played with each club, including many of the players who participated in Scottsdale’s Polo Party. This day, it ended in tie 8-8 between the Royal County of Berkshire Polo Club and Wales Polo Team. Pete Webb scored the most 5 goals for his Wales team, while Jamie Morrison scored 4 for his team. 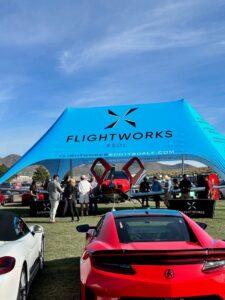 This year’s event also included the Horse & Hound Charity Match benefiting Arizona Equine Rescue and Fetch Foundation. EPR Polo was victorious over El Paso Naranjo with a 10-5 win. Jared Sheldon scored 6 of EPR’s goals but it was the charities who won big in this match.

Also new in 2022 Flightworks brought an airplane on-site and Pavati showcased a boat alongside the polo festivities.
In addition to the polo, fans also enjoyed performances by the Phoenix Opera, Four Legs on Set, Accomplished

As well new winners were named in the Canine Couture by Lugari Pet Salon including the Best in Show, Fancy Fifi, Bow Tie Stud, and Best Costume.
The date will be announced for the 2023 Polo Party in the coming months. Sponsorship opportunities are currently available for 2023 Bentley Scottsdale Polo Championships. Email info@thepoloparty.com for details.