End The Polo Party with New “Cultural Concert” and Fireworks

It wouldn’t be a party without music! New to the Bentley Scottsdale Polo Championships, the Cultural Concert makes its debut at the 6th annual event at WestWorld of Scottsdale on Saturday, November 5th.

The Cultural Concert brings a new experience to The Polo Party – a unique blend of sports, culture and music. Watch the final match of the day, the new Women’s Sunset Polo Match, while listening to music performed by DJ Maestro Hughes, the Arizona Opera, the Scottsdale Philharmonic and Arizona hip-hop artist RoQy TyRaiD. 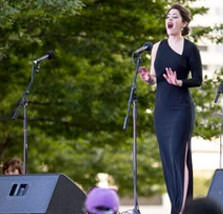 Arizona Opera now in its 45th season, brings a selection of some of their best opera singers to the polo field. Experience the transformative power of these singers as they tell a story through music – changing the narrative of a normal polo match, and elevating the mood and feeling of the Women’s Sunset Polo Match.

Arizona Opera will be singing during one of the periods of play while all other noise is turned off, creating a unique amazing scene for American sports.

The Scottsdale Philharmonic, will play an awe-inspiring, classical music filled set, creating a unique atmosphere as the musicians play during the final match. The orchestral performance of the Philharmonic’s strings section brings a new experience to The Polo Party. 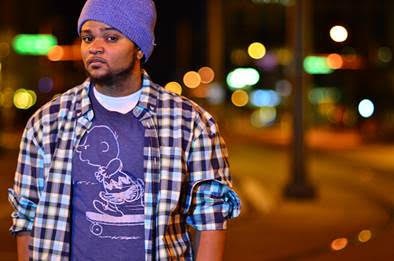 A top Arizona hip-hop artist, RoQy TyRaiD joins the Cultural Concert to showcase the unique sample flips and beats of underground hip-hop. RoQy TyRaiD recently completed a European Tour for his album “The Dichotomy of RoQy TyRaiD.” He has also appeared at annual festivals such as SXSW, A3C and France’s Dooinit Festival.

One of the most anticipated acts of the cultural concert, 2008 Grammy Awards performer DJ Maestro Hughes makes his way to Arizona for the next greatest party on grass. Hughes, who began studying classical violin as a child seeks to expand the versatility of the violin and diversify its audience by mixing hip-hop beats with classical violin. His 2008 Grammy Awards performance with the Foo Fighters at the Staples Center in Los Angeles garnered national attention, and he has opened for major acts including Dana Carvey, rapper E-40, and singer Trey Songz. He was also the featured performer at Barack Obama’s staff party during the 2008 Democratic National Convention in Denver.

And for the first time at The Polo Party, finish off the night with a spectacular Fireworks Finale. Watch as The Polo Party lights up the night sky, creating the perfect end to the “World’s Greatest Polo Party.”

Tickets, tables and tents ranging from $17.50 to $4,000 are now on sale. For more information and tickets please visit https://thepoloparty.com/.