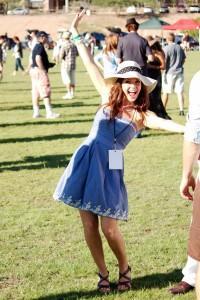 This year’s lineup features the men of Work To Ride (featured on HBO, ESPN & 60 Minutes) vs. A National Women’s Team in a Battle of the Sexes Match, followed by The Celebrity Cruises Match supporting Arizona Equine Rescue and Southwest Wildlife. Saturday wraps up with the Teams from Arizona and Columbia going head to head.

Attendees will also enjoy a sneak preview of the 2021 Scottsdale Arabian Horse Show and see some serious horsepower with a preview of the world-famous Barrett-Jackson 2021 Collector Car Auction along with displays from local car clubs lining the field.

This year’s event will also feature “The World’s Longest Fashion Show” produced by Phoenix Fashion Week as well as the Canine Couture: A Dog Fashion Show Like No Other Presented by Lugari Pet Salon.

3:00pm - Canine Couture: A Dog Fashion Show Like No Other, Presented by Lugari Pet Salon

3:30pm - Third Match: A Battles of the Sexes featuring Work To Ride (featured on HBO, ESPN & 60 Minutes) and a National Women's All-Star Team